HOW TO PAY LESS FOR FLIGHTS

2. Join Frequent flyers
Frequent flyer programs have a lot of benefits and some can offer discounts on future tickets after building up miles, and others may even offer free flights!

3. Not All Sales are Lowest prices
Sometimes a flight ticket may be on sale, but that doesn't necessarily mean that it is a bargain for you. Always keep this in mind because that sale could end up costing you more than other deals!

4. Check For Hidden Fees
Always check other fees for tickets that may not be listed at first sight of the price. Make sure to be aware of the price of the ticket at all times and this can be avoided. Many hidden fees are luggage or even meals.

5. Compare Ticket Prices
If you are shopping online, there are various sites you can use to compare prices for different venders of tickets.

6. Choose The Right airline
Make sure when traveling on a budget to go with the airline that is the most comfortable to your budget. Even though it may not be as popular as others, they all get you to your destination!

7. Select an  Off-Hours flight
When shopping for tickets, try to buy tickets that have flights early in the morning or late at night if you can. Sometimes these tickets can save you a bundle!

8. Buy tickets months In Advance
Try to plan your trips, if possible, months in advance to save a lot more in the long run. Sometimes, depending on where you travel, this little tip can end up saving you hundreds on your tickets.

9. Find Vacation Packages
When planning your vacations, try to purchase trip packages as they can end up saving you a ton of money in the long run. If you have the time, compare a package with the costs of buying everything separate.

10. Different Types Of Flights Help You Save
Sometimes it would be wiser if possible to purchase a flight that maybe has one stop before it reaches its final destination, instead of doing a non-stop flight. This can end up helping you save and you can even enjoy the different merchandise at the airport you stop at before your flight continues.

For more information: Check out the link below which will send you to the US Governments official website for the latest information which includes the COVID-19 travel restrictions.


When traveling for business or fun, there’s nothing worse than thinking you have a reservation and learning your hotel reservations been lost, your room has one bed and not two bedrooms, or you thought your check-in time was noon, only to find out it is really 3:00pm. To help avoid these things from happening, there are a few helpful hotel reservation tips seasoned travelers recommend:

Always use a credit card when making a hotel reservation. Using a credit card offers the guest some level of protection should the hotel stay go awry. Any disputes a guest may have with the hotel, or with the billing can more easily be rectified through the credit card company. The card company will act as a mediator once their client can show effort to resolve the dispute. Additionally, if a dispute cannot be resolved, the credit card company has the authority to remove the charge from a client’s bill. If cash were paid, a hotel guest would have no recourse.

Note: If you don’t use your own credit card to secure a reservation, be aware that the person whose name is on the card will be responsible for showing the card and signing at check in. If the card does not belong to the person staying at the hotel, notify the desk before leaving home (prior to arrival) and ask what their identification procedure is. They may accept a letter from the credit card holder authorizing use, and a copy of both the front and back of the card.

Ask for deals/discounts at each hotel. Many hotels offer corporate, AAA, senior, or even mid-week/off-season discounts. If one is not offered - ask about them. Many hotels now offer ‘rewards’ programs and some hotels reduce rates by $50 or more, for simply signing up for their program. If making reservations online, look for internet-only rates and shop various websites to find the best deals. Travel agents can often secure unadvertised specials or late check-in opportunities which can translate into huge savings.

When making reservations speak clearly and repeat spelling of all names. There have been many reservations lost because of inaccurate spelling and guests have been told they did not have rooms when a hotel or an entire city was booked to capacity. If any special requests are made, verify them and if possible get them in writing. Also make sure to get the name of the employee. Verify everything spell names and verify information/requests etc. Double check reservations prior to leaving for hotel and make sure names of all hotel employees you’ve spoken to are taken.

When reservations are made, changed and cancelled-confirmation numbers are given. Make sure all numbers are kept in a safe place until credit cards are billed and all charges are verified. Cancellation and confirmation numbers are often the difference between being charged for a hotel reservation that was cancelled, the possibility of a free upgrade when the hotel overbooks and you can prove when your reservation was made, and being stranded away from home without a room for the night.
Discuss hotel policies prior to making reservations, and verify them at check-in. Some hotels require credit cards at check in for any hotel charges, such as telephone usage, room service, meals in the hotel, or even take -out arranged through the hotel with area restaurants, etc. If a credit card is not available, a cash/check deposit maybe required for any services/fees that may accrue during the hotel stay. Determine when check-in/check-out times are, when cancellation policies go into affect and verify occupancy limits if staying in a room with multiple occupants.

Remember these hotel reservation tips when scheduling your travel plans. Whether by internet, through a travel agent, or by telephone, it pays to research the hotel and be meticulous when making arrangements. A little pre-planning when making reservations can save major headaches when traveling away from home.

If you choose to enter the terminal with the passenger, please be aware that only ticketed passengers will be allowed past the security checkpoint. However, you may enjoy any of the areas before security. As an alternative, you may drop off your passengers at the Kiss and Fly located at the Lefferts Boulevard AirTrain Station where they can ride AirTrain free of charge to their terminal in just 10 minutes.

Electric Vehicle Charging
Air travelers who own electric vehicles can charge them at Kennedy International....read more 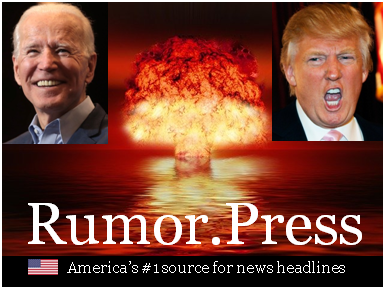 Tweet
msnbc live streaming now, streaming msnbc tv, msnbc free live stream, MSNBC is one of the most watched News stations in America. It's audience continues to grow at a consistent rate year after year. Recently, MSNBC has periodically overtaken Fox News and CNN and earned the top spot in the Nielsen ratings.

MSNBC was first launched on July 15, 1996. MSNBC was established by NBC executive Tom Rogers. Rogers was instrumental in developing the strategic partnership with Microsoft, which invested $221 million for a 50% share of the cable channel. MSNBC and Microsoft would share the cost of a $200 million newsroom in Secaucus, New Jersey, for msnbc.com.

The first show on MSNBC was anchored by Jodi Applegate and broadcast a lineup of news, interviews, and opinions. During the day, rolling news coverage continued with The Contributors, a show that featured Ann Coulter and Laura Ingraham, as well as interactive programming coordinated by Applegate, John Gibson and John Seigenthaler. Originally, stories were generally longer and more detailed than the stories running on CNN at the time. NBC also highlighted their broadcast connections by airing stories direct from the NBC network affiliates, along with breaking news coverage from the same sources. Gradually, MSNBC began to put more emphasis on politics.

Although MSNBC currently has the third highest Neilsen ratings as a  news channel behind Fox News and CNN, MSNBC is consistently growing its audience and has recently taking the top spot several times.

Some right-leaning critics have described MSNBC as having left-leaning politics and  a  public support for the Democratic Party. Back In November 2007, a New York Times article stated that MSNBC's prime-time lineup is tilting more to the left. Washington Post media analyst Howard Kurtz has stated that the channel's evening lineup "has clearly gravitated to the left in recent years and often seems to regard itself as the antithesis of Fox News" (in reference to a number of journalists and political pundits considering Fox News to have a conservative bias in some programs).

In 2011, Salon.com noted that "MSNBC’s prime-time lineup is now awash in progressive politics." That same year, Politico referred to MSNBC as "left-leaning." In reference to changes in the channel's evening programming, senior vice president of NBC News Phil Griffin has said that "it happened naturally.

A study done by the Project for Excellence in Journalism showed that MSNBC had less negative coverage of Obama (14% of stories vs. 29% in the press overall) and more negative stories about Republican presidential candidate John McCain (73% of its coverage vs. 57% in the press overall). MSNBC's on-air slogan during the week of the 2008 presidential election, "The Power of Change", was criticized as being overtly similar to Obama's campaign slogan of "Hope and Change".

Following the 2008 presidential election, conservative talk show host John Ziegler worked on a documentary titled Media Malpractice - How Obama Got Elected, which was very critical of the media, especially MSNBC's role, in the 2008 presidential election. While promoting the documentary, he engaged in an on-air dispute with MSNBC news anchor Contessa Brewer, on how the media, especially MSNBC, had portrayed Sarah Palin.

In January 2017, MSNBC debuted a new program in the 6 pm EST hour entitled For the Record with Greta. The program is hosted by former Fox News Channel anchor Greta Van Susteren. The program lasted just over 6 months and was cancelled in late June 2017. Van Susteren was replaced by Chief Legal Correspondent Ari Melber.

In March 2017, MSNBC slowly began the process of rebranding (at least their daytime news hours) as "NBC News" programs. The network logos started appearing on show opens, within the set design, and in commercials.

For the first time in its history, MSNBC reached the first place position in primetime among the major American cable news networks in May 2017. Following several stories widely viewed as negatively impacting President Donald Trump and his supporters, the rise to first place came amid a drop in ratings at competitor Fox News. The week's programming from May 15-19 beat out programming from CNN and Fox News in both total viewers, as well as the advertiser-friendly younger demo.

We've detected that you are using AdBlock Plus or some other adblocking software which is preventing the page from fully loading.

We don't have any banner, Flash, animation, obnoxious sound, or popup ad. We do not implement these annoying types of ads!

We need money to operate the site, and almost all of it comes from our online advertising.

Please add STREAMFARE.COM  to your ad blocking whitelist or disable your adblocking software.